Thank you, Veterans, for your service!

The sounds of drums and horns filled the air Saturday morning as the award-winning Franklin Band marched through Fieldstone Farms, giving a parade for the people of Franklin who have enthusiastically supported them. 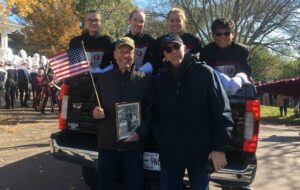 Band director Jacob Campos said, “We are so thankful for the community of Franklin, Tennessee. Everything our band does, from nationally ranked competitions to performances, is because of the community around us.  We wanted to give back today in some way to this neighborhood and honor those who have served us in the past and the present.” 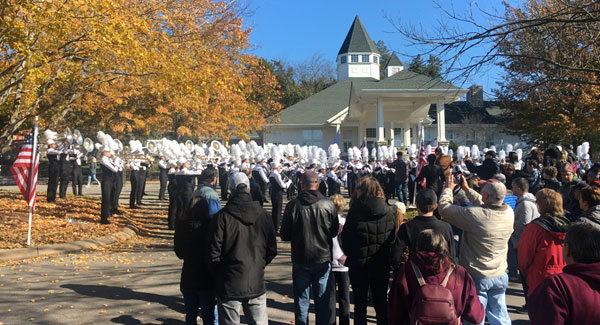 The band also filled requests for mini-concerts for veterans who lived outside Fieldstone Farms, pulling up in four school buses before disembarking and playing in front of their homes.  Franklin was honored to play the Marines’ Hymn for 90-year-old Cliff Steffee, a Korean War veteran who served with the Marines for over 30 years and earned a Purple Heart.  Mr. Steffee saluted the band throughout their performance, bringing everyone to tears.  Before leaving, every student in the band shook Mr. Steffee’s hand. 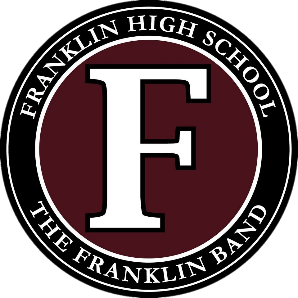